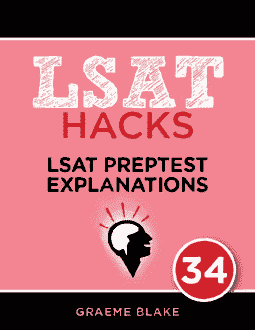 You need to put Larissa’s aisles as far apart as possible. That means putting Larissa’s non-end aisle at one off of the end (the 6th rule says Larissa can’t go in both end slots).

MKM-O all have to come before Larissa. So we have to put a J in slot nine: there’s nothing else left to go after L. We get the following diagram:

I drew the remaining variables above the diagram, separated by a comma to show that the J could go before or after (or in between) the other variables. M can’t go directly before L in slot 7 because then there would be no space for O.

Turns out A is CORRECT. This diagram proves it:

B is out because Manny can’t be in seven. There’s no room for Olga.

C and D are gone because one J has to come in spot nine (after O, and in an odd numbered spot.)

E is out because both L and J have to come after Olga.