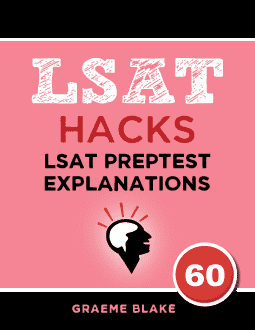 QUESTION TEXT: Humankind would not have survived, as it…

REASONING: Humanity survived because early humans were ready to sacrifice themselves to protect their kids and relatives. This sacrifice can be viewed as altruism. And humanity has survived.

ANALYSIS: This is a good argument. It has the following structure.

I’ll admit that I didn’t have this exact structure until after I looked at the argument. But I had a rough idea and the right answer stood out for me. I’m presenting the exact structure so you can learn from it – but know that you don’t need to have a precise understanding to see that the other answers are missing something.

One important element in the stimulus: “as it clearly has [survived]”. This isn’t a conditional statement. Instead, it’s a statement of fact showing that a condition occurred. It’s like saying “cats have tails. And this animal is a cat”. The second statement is a fact that lets us draw the conclusion “this animal must have a tail”.

It turns out that all of the wrong answers are bad arguments! That’s another way to eliminate them, apart from structure. If the stimulus presents a good argument, then the right answer must also be a good argument.