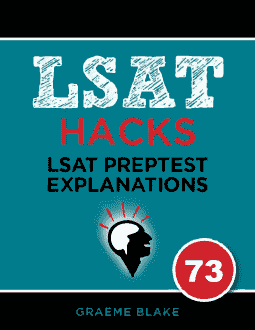 CONCLUSION: Winona says that it’s silly to justify the space program due to its indirect research effects.

ANALYSIS: Ines justifies the space program due to its indirect technological spinoffs. Winona makes the argument that there’s no need to fund space exploration, because we could just fund technology directly.

The answers are abstract. On a question like this, you should have an idea what you’re looking for. Don’t spend much time on any answer until you’ve looked at all of them. The right answer is often obvious once you get to it, so you don’t want to waste 30 seconds on A or B before looking at D and E.

Rather than “explain” why the wrong answers are wrong, I’ve included examples of what each wrong answer would look like. There’s no way to “explain” those answers because they simply aren’t what Winona did.