So if the sci-fi and romance film are together, they have to be shown on screen 1, in either order: 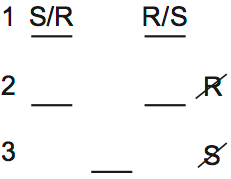 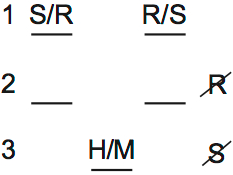 The western and the other H/M goes in group 2. The western has to go in 7 o’clock, because rule 1 says the western is before the horror film:

A is CORRECT. The western must start at 7 o’clock.

B-E all could be true, but don’t have to be. R/S and H/M are interchangeable for this question.